By The Canadian Press

http://thechronicleherald.ca/Canada/9011653.html
_________________
Anything that I say which is not referenced to an original source is entirely my own opinion.
May we all continue to work together to bring Madeleine home.

INCLUDES VIDEO FOOTAGE
_________________
Anything that I say which is not referenced to an original source is entirely my own opinion.
May we all continue to work together to bring Madeleine home.

Tori's mom finds self in a tricky Catch-22

WOODSTOCK, Ont.Minutes before some 300 bikers zoomed out of a downtown parking lot, Rodney Stafford quietly wished for a miracle - that his daughter would return home. "I wish this could really be Tori's ride home," said Stafford.

But the family's hopes that Victoria "Tori" Stafford, somehow, would be released by her abductors were dashed on Saturday when the bikers returned after a two-hour ride and there was still no sign of the girl.

Tori's Ride Home was planned a few days after the girl went missing on April 8, in the hope it could be a celebration of her return. Tara McDonald, her mother, said she hopes the ride spread word about her disappearance.

"We are still hopeful," said McDonald, whose entire family was present for the event. "That is not going to fade at all. We're not going to stop." But she said there would not be any more events planned.

She, her boyfriend James Goris and son Daryn also rode.

It was a free ride for the 300-plus bikers from Woodstock and around but donations were being accepted by the organizers, members of Tori's maternal family.

The missing girl's paternal family has distanced itself from any kind of fundraising. "I appreciate them (bikers) doing this but I would rather have them look for Tori," said Stafford. "We don't need money, we need Tori back."

McDonald specified she had not organized the ride and was not in charge of collecting funds but whatever money was being donated would go into a trust fund for Tori and her older brother Daryn, 11.

Tori has not been seen since leaving Oliver Stephens School with an unidentified woman on the afternoon of April 8. Police have released a composite sketch of the woman and announced a $50,000 reward for information leading to the schoolgirl. There have been more than 2,000 tips but no leads to locating her.

Police appealed directly to Tori's abductors, asking them to let go of her. Investigators also asked farmers clearing their land to be on the lookout for anything unusual.

Tori's dad lashes out at captors 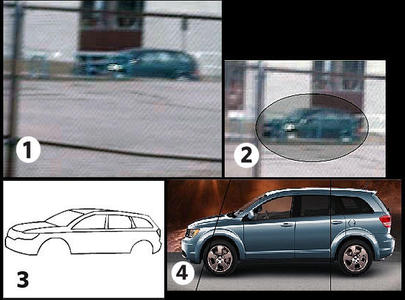 Police are releasing few details of what, if anything, is seen on security camera video, taken outside of a Woodstock nursing home.

On Monday, investigators confirmed that Victoria Stafford and her abductor walked through the parking lot of the facility.

A painful first for Tori Stafford's mom: Mother's Day likely without her daughter

The Globe and Mail

Is Tori's mother a victim or a suspect?

* I am including a Map of Canada below showing where Ontario is, where Tori went missing & Calgary which is in British Columbia


* An insight into how Victoria's disappearance has affected them and others