Questions, suspicion as search for Tori reveals dark side of small town

America's Most Wanted takes up case of Missing Ontario girl


The search for an eight-year-old southwestern Ontario girl who has been missing for eight days has widened after the U.S. show America's Most Wanted posted her picture on its website.

Investigators have said they are still treating the Grade 3 student's disappearance as a missing persons case because it appears in the video she is leaving with the woman willingly.

But her mother has questioned why investigators have refused to label the case an abduction.

"Somebody has abducted her; it's obvious," Tara McDonald said Wednesday. "They took my child. So, I mean, I wish it would be treated as an abduction, because it is."

McDonald also said she understands why police had her, her boyfriend and Stafford's father, Rodney Stafford, take a lie detector test.

"They were just asking questions pertaining to Victoria," she said. "We were happy to do it."

A furious McDonald also lashed out at what she said were false rumours circling the community that she has a drug debt, saying she hasn't done drugs since smoking marijuana in high school.

She acknowledged her boyfriend is facing unrelated charges in connection with a stolen snowblower after reports surfaced on Wednesday he was to appear in court on April 28, but said the issue distracts attention from the search for her daughter.

Police have not confirmed that lie detector tests were performed on family members, and were scheduled to give an update on the case on Thursday morning.

Investigators working round the clock

Const. Laurie-Anne Maitland, spokeswoman for the Oxford Community Police, said 30 investigators have been working round the clock to find the missing child and identify the woman in the video.

The mystery woman's face is not clear in the enhanced video. She is described by police as between 19 and 25 years old, between 120 and 125 pounds, with long, straight black hair in a ponytail.

She was wearing a baggy white coat and black jeans.

Stafford's parents separated last December. Her father has said he doesn't believe any of the girl's relatives are behind her disappearance. 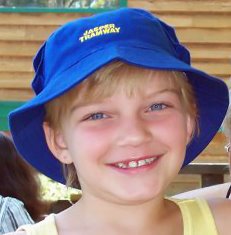 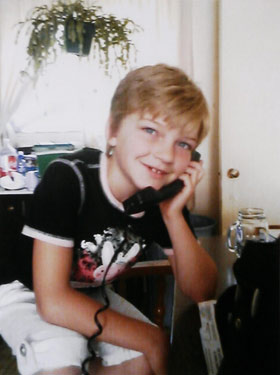 'Somebody . . . took my child'
Mom of missing girl upset police not treating case as an abduction

It is highly likely I will not be around for this news conference. Anyone online 3pm GMT time get researching please as the news sounds imminent. I hope to goodness it is good news but I know we'll have to keep ourselves in check.
_________________

OPP expected to take over search for missing Woodstock girl

Also in this link  see the press conference streamed LIVE

BST 14.32:: (at the moment they are continuing to set up microphones and preparing for the press conference!! There seems to be a lot of people present in the hall)

Amber Alert should have been issued

Also in this link - live streaming of press conferences all day

Tara McDonald, Toris mother, will hold her own press conference at her home at 1 p.m. (6PM BST)

* Both events will be live-streamed here on lfpress.com when they happen. To see them live, simply click on this story.

Thanks for all that Twiggy. This is very concerning that only now saying abduction isn't it?

WOODSTOCK  The relatives of Tori Stafford all want the same conclusion, even if the stressful wait for answers takes their minds in opposite directions.

Tara McDonald, her mother, and the eight-year-olds paternal aunt each bravely faced scores of reporters at separate news conferences Friday, and in both instances fielded a similar question.

Would you rather believe Tori is with a stranger, or someone she knew?

Both McDonald and Rebecca Stafford offered heartfelt, if much different, answers, illustrating how those united in a common goal can hope for divergent paths to it.

For me, honestly, I would prefer that it wasnt a stranger, said Stafford, a 29-year-old who flew from her Alberta home two days after Tori went missing.

If its someone that knows her, theres less of a chance that she would be hurt by that person.

McDonald, whos said she doesnt believe her daughter knew the unidentified woman walking seen with her in school security video footage, faced down reporters an hour later at her home.

I would like to think it was a stranger because I would not like to think that any friend or acquaintance or anybody I know would do anything like this.

McDonald noted she and Rodney Stafford  Toris dad, from whom shes been separated since 2003  have met daily since the April 8 disappearance, saying Rodney and I are united.

Theres no conflict between the paternal and maternal sides, though Rebecca Stafford said the two extended families are coping separately. They do, however, meet at public events held in the youngsters honour, she said.

Another such event is slated for 3:30 p.m. Saturday, family members said. Its a walk for Tori at the track at College Avenue secondary school  a school just blocks from her home, and from where the security video was shot.

Like Rebecca Stafford, McDonald reacted positively to news an OPP veteran is now leading the investigation into Toris abduction.

I dont think (Oxford Community police) are doing a bad job, but I think that if the OPP was going to be involved . . . I wish they had have been there from Day One, McDonald said.

Search for Tori set to resume

No sight of girl as 'intensified' search resumes

No breaks in the case
Search continues for Tori Stafford