She would have danced

'No such thing as closure'

Providing closure for the public

Rafferty "anxious to learn what the case is against him": lawyer

Trial for man accused of killing Tori Stafford may not start till 2010: lawyer

Police vow to never give up the search for Tori

Co-accused in Tori Stafford murder set for another court appearance

Case for female suspect in Tori Stafford murder put over to Aug. 12

Thanks for keeping this case so well updated Twiggy

I feel sick today looking at "the accused". They seem so young. what could make them do such a horrid thing as murdering an 8 yr old girl?? I know innocent until proven otherwise but it is so hard not to be enraged right now and her body not found yet !!

I thought of Victoria today and did a search for news. There is some .Hope she can be laid to rest in peace.

Stafford's ID likely to be confirmed

Streetproofing children a must, agency says

Although it's rare in Canada for a stranger to abduct a child, an agency that works to help find missing children says parents must take steps to streetproof their kids.

Last year in Canada more than 56,000 children were reported missing  more than 20,000 in Ontario alone.

................"A stranger abduction, while very rare, is the kind of the thing that elicits a tremendous amount of fear in everyone," said Terri Smith of Child Find Ontario.

Smith said it is unfortunate most cases don't prompt mass attention, but the families endure the same kind of pain regardless of whether their plight becomes widely known.

Child Find, which helps with searches and provides support to families, says it hopes the attention focused on Victoria's disappearance will have a positive effect and persuade more parents to streetproof their children.

"If you haven't taken the opportunity with your children by now to talk to them about being safe, if there is one thing that a case like this can encourage is, now is the time to open that door to discussion," Smith said.

Victoria's father, Rodney Stafford, is turning his pain into action. He's going to cycle from Woodstock to Edmonton to raise money for Child Find.

"I believe actually his words to me were, 'To put children's safety on the front burner for everybody,' " Smith said.

The remains found in an isolated, wooded area of southern Ontario on the weekend are those of schoolgirl Victoria Stafford, police confirmed Tuesday.

Hope it is alright to post this here as it is about this case.

Time to join in abject apology

Dad cycling in memory of his slain daughter 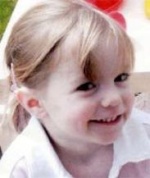 http://www.thestar.com/news/ontario/article/704053
_________________
Anything that I say which is not referenced to an original source is entirely my own opinion.
May we all continue to work together to bring Madeleine home.

http://southwesternontario.ctv.ca/news.php?id=5870
_________________
Anything that I say which is not referenced to an original source is entirely my own opinion.
May we all continue to work together to bring Madeleine home.