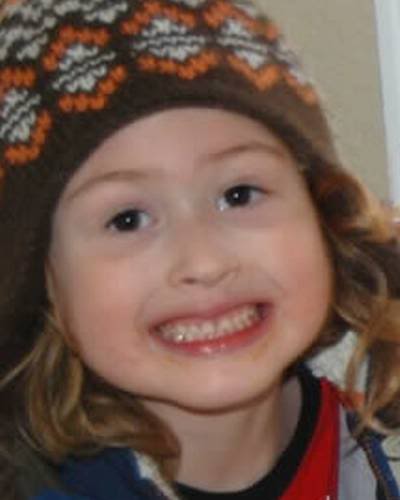 I said a prayer for you tonight,
A little star - glows so bright
You've enabled friendships very dear
Your value on earth is now so clear.
God Bless Madeleine 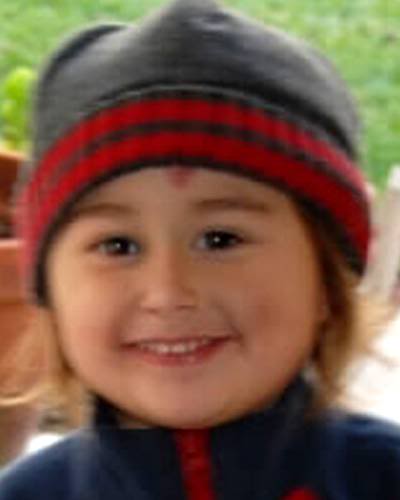 I said a prayer for you tonight,
A little star - glows so bright
You've enabled friendships very dear
Your value on earth is now so clear.
God Bless Madeleine

Joseph Jnr. and Gianni are believed to be in the company of Summer McStay and Joseph McStay Sr., pictured below.

The sheriff's department said two Mexican liaison detectives are conferring with their counterparts across the border.

"They were on this investigation right from the start," Brugos said. "They check the morgue, the airport, bus terminal, contact the taxi drivers who frequent the border area.

"At this point, it just seems to be a mystery," Brugos added. "There is a chance the family could have voluntarily left and disappeared, but it's unlikely."

Michael McStay, Joseph McStay's brother, fears that they may have been kidnapped.

"My gut feeling is telling me that they are being held against their will in some way," he said.

More images of the McStay family!!

Search on for a missing family


Mind-blowing new developments in the case of a missing family of four, Joseph and Summer McStay and their two kids vanished from their California home without a trace. They have been missing for three weeks.

Tonight, the mystery deepens: shocking new revelations about this mom. Who is Summer McStay? Police say she has as many as six aliases. In a very bizarre twist, she reportedly changed her name from Virginia to Summer, just days before she disappeared. Why?

Take a look at this new flier, featuring the missing family. It reveals Summer didn`t just change her name. Sometimes she used a fake birth certificate, as well. And it`s not like she was shaving off just a couple years. There is a 12-year difference between the two.

So what`s going on? By every account, the McStays are normal, loving family. Check out this home video they posted on YouTube.

UNIDENTIFIED MALE: Well, it can`t get any worse.

UNIDENTIFIED MALE: And look, who is this? Whew, our new Cadillac bike.

VELEZ-MITCHELL: Does this seemingly, happy, caring mom of two have something to hide, or is she hiding from someone? Family members fear the McStays were kidnapped.

Investigators still considering that theory, but they do find it odd that there were no signs of struggle in the family`s home or their car, which was found abandoned two blocks from the Mexican border.

Straight out to my fantastic panel: joining me, Director of Texas EquuSearch, Tim Miller. Tim, they are now assisting in this case; you are. Tell us why you have decided to step into this.

All right. We lost him. So we`re going to go to Jim Moret, chief correspondent "Inside Edition" and also the author of this fantastic book, "The Last Day of My Life".

You have been looking into this very bizarre story. What have you found, Jim?

JIM MORET, CHIEF CORRESPONDENT, "INSIDE EDITION": Well, I mean, as you say it`s interesting that the mom had six aliases and she just changed her name recently to Summer. When the police went to the house and the family has been missing since February 4th, they went to the house around the 15th and they went in and they noticed that the dogs were outside, no food, no water. No apparent packing for any long vacation.

Summer`s prescription eyeglasses were still there. She needs those to see. There were eggs on the counter. By every indication, there was no foul play and no packing for a vacation.

But their car -- their -- Isuzu Trooper was found just about four miles from the Mexico-U.S. border and the car seats were still in the car. They have two small children, 3 and 4. The family simply vanished and they don`t know why.

And we talked with Summer`s mom and she is obviously distraught; she is fearing the worst. She doesn`t understand why they would go missing. There was no indication they wanted to be on the run for any reason. The husband`s brother --

MORET: -- they talk once a week, they`re just gone.

VELEZ-MITCHELL: What is in a name? Summer McStay was born Virginia Lisa Aranda and local reporters caught up with summer`s ex-husband. He says he knew her as Lisa when they were married back in 1994 and she was also previously known as Lisa Aranda, Lisa Aranda-Martelli and Lisa Martelli. She basically used 5 or 6 variations of the same few names.

What does that tell you, Tim Miller, director, Texas Equusearch? Is that a disturbing sign?

TIM MILLER, DIRECTOR, TEXAS EQUUSEARCH: Well, you know there`s been some new information coming out that`s a little bit disturbing. But you know what, we`ve got one fact Jane and the fact is that they are missing. We know that -- you know the family business was successful business.

You`re right, there`s no sign of any foul play. There`s no indication they`ve planned on going, neither. So we`ve got to --

VELEZ-MITCHELL: Hang in there, Tim. We`re going to be back in a moment with more analysis of this total mystery.

BLANCHE ARANDA, SUMMER MCSTAY`S MOTHER: Just a beautiful, wonderful mother, wife, daughter. I love her. And I hope my whole family is safe. I want them to come home.

VELEZ-MITCHELL: That was the mother of missing woman, Summer McStay.

Tonight the McStays and their two beautiful young children, ages 3 and 4, have been missing for three weeks. And we want to say that whatever we`re speculating about or asking about, it`s not to cast any aspersions on this family. It`s to try to find them. And we have to ask the tough questions, because that could lead to them. So that`s where we`re coming from. Our heart`s in the right place.

Dr. Dale Archer, clinical psychiatrist, what do you make of all of these names? What does that tell you?

DR. DALE ARCHER, CLINICAL PSYCHIATRIST: Well, Jane, you change your name for one reason only and that`s to hide something. And I will predict that if you can answer the question why here that would be the key to this entire mystery.

VELEZ-MITCHELL: Investigators are now talking to Joey McStay`s business partner, a metal worker and welder, a 50-year-old gentleman. The two apparently worked together making indoor fountains and we`re going to show you the Web site that they have, these beautiful indoor fountains.

This business partner allegedly served time in prison for burglary in `78 but he`s not considered a suspect, Jim Moret.

MORET: That`s right. 1978 and then again in 1987 for receiving stolen property; the police say he was one of the first people to notice absence of his business partner but he`s not considered a suspect and there`s no indication he`s done anything.

But you know, there are all of these different things that bother you. What`s wrong with this picture? Clearly something happened.

You don`t just leave your house. You are don`t dump your car near the border and then vanish with two small kids. They`re either on the run or they`ve been kidnapped which is what the family fears but there`s no indication of any foul play so far and police are stumped.

VELEZ-MITCHELL: Yes, and Tim Miller, volunteers for the National Center for Missing and Exploited Children are reviewing hundreds of hours of border-crossing footage but what I hear is that 100,000 people cross the border between U.S. and Mexico daily so that`s like really looking for a needle in a haystack.

MILLER: Well, you know, they`ve got a lot of work cut out for them. I spent a long time on the phone with the detectives yesterday and of course they are scratching their head. They don`t have any indication foul play or anything.

And you know we`ve got 60-plus miles from their house to where their vehicle was found down by the border, with 40 miles of that being just extremely isolated. And so these are the areas we`re going to start in first.

We`re actually going to be doing a lot of stuff by air, with the drone airplanes again and starting the process of elimination. You know, Jane, we hope that phone call comes in next week.

Listen, we had some problems. We had to get away and things are going to end up safely.

MILLER: But if something has happened, we need to get out there, start eliminating these areas, if it`s possible for them to be found. We know the sooner they`re found, if something happened --

MILLER: -- better chance for us to determine the cause of death.

VELEZ-MITCHELL: I hear you.

Jim Moret, 30 seconds. The car was found in a crowded parking lot two blocks from the Mexican border. And you know experts are saying, that wouldn`t be a place where you would leave a car if you were kidnapping, forcibly -- forcing somebody out of the car because it was very crowded.

MORET: When there`s no indication in the car of any foul play and the car seats. The children`s car seats were in the car. You`ve got kids 3 and 4 years old.

You know, there`s just so many questions. Everything is out of character and that`s the big mystery.

VELEZ-MITCHELL: Got to leave it right there. Thank you, fantastic panel for joining me tonight.

I want to send out my thoughts and prayers for Andrew Koenig`s family. This incredible actor, activist, man found dead tonight. He was a close friend and he will be missed.

McStay Family Missing Since Feb 4, Reward of up to $1,000 Offered For Any Details

http://www.examiner.com/x-33016-San-Diego-Motherhood-Examiner~y2010m3d3-Search-Continues-for-Misssing-San-Diego-Family
_________________
Anything that I say which is not referenced to an original source is entirely my own opinion.
May we all continue to work together to bring Madeleine home.

http://www.twominutenews.com/2010/world/mcstay-family-mysteriously-missing-4260.html
_________________
Anything that I say which is not referenced to an original source is entirely my own opinion.
May we all continue to work together to bring Madeleine home.


Now, deputies say they've spotted images of a group of people similar to the McStay family going hand in hand into Mexico through the pedestrian gate. The video is dated around 7 p.m. Feb. 8, the same day the family's white Isuzu Trooper was and towed from San Ysidro.

Investigators aren't sure if the people in the video are the McStay family but consider it a positive lead. They are working to enhance the image so it can be released to the public.